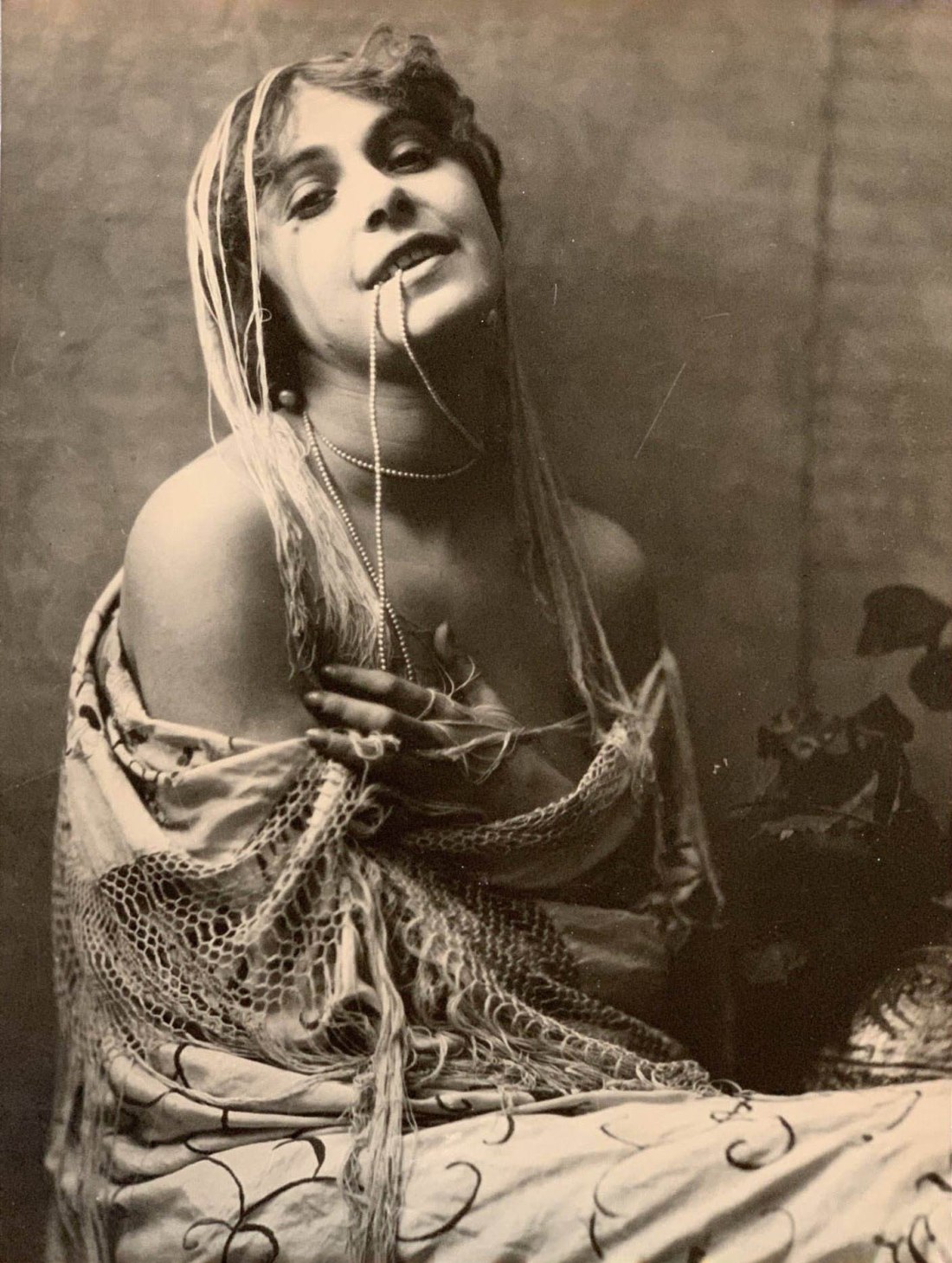 Rumnev started dancing after Duncan’s show in 1905. Little Sasha Zyakin (Rumnev) had not seen Duncan’s performance in Moscow in 1905 (he only heard his parents talk about it), the boy «stripped himself of all his clothes, wrapped into a sheet and attempted to reproduce her dance in front of the mirror».

From an early age, Aleksandr Rumnev (1899-1965) dreamt of dancing, yet he could do it only after graduating from high school. In 1918 he took up ballet classes, and a friend brought him to Liudmila Alekseeva’s studio. For the talented student, Alekseeva choreographed several dances to the music by Rakhmaninov and a dance of the ocean wave to the etude by Carl Czerny. Tall, slim and flexible, Rumnev was a born dancer, and within a year he had already founded his own company. He also performed with other companies including Lev Lukin’s Free Ballet (see below). The art critic Aleksey Sidorov found him «stunning»; he believed that «even the West» could be proud of such dancer.
During the Civil War private dance studios experienced hard times for the shortage of rooms with heating. As a matter of survival, Rumnev suggested to create an umbrella-studio, A Search in Dance. The space was provided by Alekseeva, there Rumnev taught dance and pantomime, and other dancers gave classes of gymnastics, modern dance, rhythmical gymnastics, «expression» and «musicality». Yet in winter it was so cold that, sprayed with water to prevent sliding, wooden floor was quickly covered with ice.

In 1920 Rumnev joined the Chamber Theatre (Kamernyi Teatr) as a pantomime actor and teacher. He also choreographed his own «grotesque» dances commenting that «this was a tragic grotesque». One of his solos, The Last Romantic, to music by Scriabin, was about a «contemporary Don Quixote». Yet, for the new proletarian culture, Rumnev was «too refined, he moved too elegantly, waving with aristocratic narrow hands, striking with broken movement of long arms and legs». Critics found him old-fashioned and ‘decadent’. He was also gay which became criminalized under Stalin. In 1933 Rumnev fled Moscow. Several years later he was arrested in the provinces and served a prison sentence. In 1962 he finally succeeded in founding the Experimental Theatre for Pantomime, the genre he had been committed to from the beginning. Sadly, Rumnev died two years later, and his theatre did not survive his death.

quoted from Irina Sirotkina: The Revolutionary Body, or Was There Modern Dance in Russia?