(*) Additive Color Screen Plate or Screen Plate were known commonly by the product name: Autochrome, Filmcolor, Lumicolor, Alticolor. Used mainly between 1907 and 1935. Initially it has a glass support; later products on film supports. This process was the first fully practical single-plate color process. The Autochrome plate or Screen plate could record both saturated and subtle colors with fidelity, and since the screen and the image were combined, there were no registration problems. Nonetheless, it had its drawbacks: the exposure times were long, and the processed plates were very dense, transmitting only less than the 10% of the light reaching them.

The result is a soft, subdued, dreamy colored image. And grainy. Although the starch grain filters were microscopically small their random distribution meant that inevitably there would be clumping of grains of the same color. 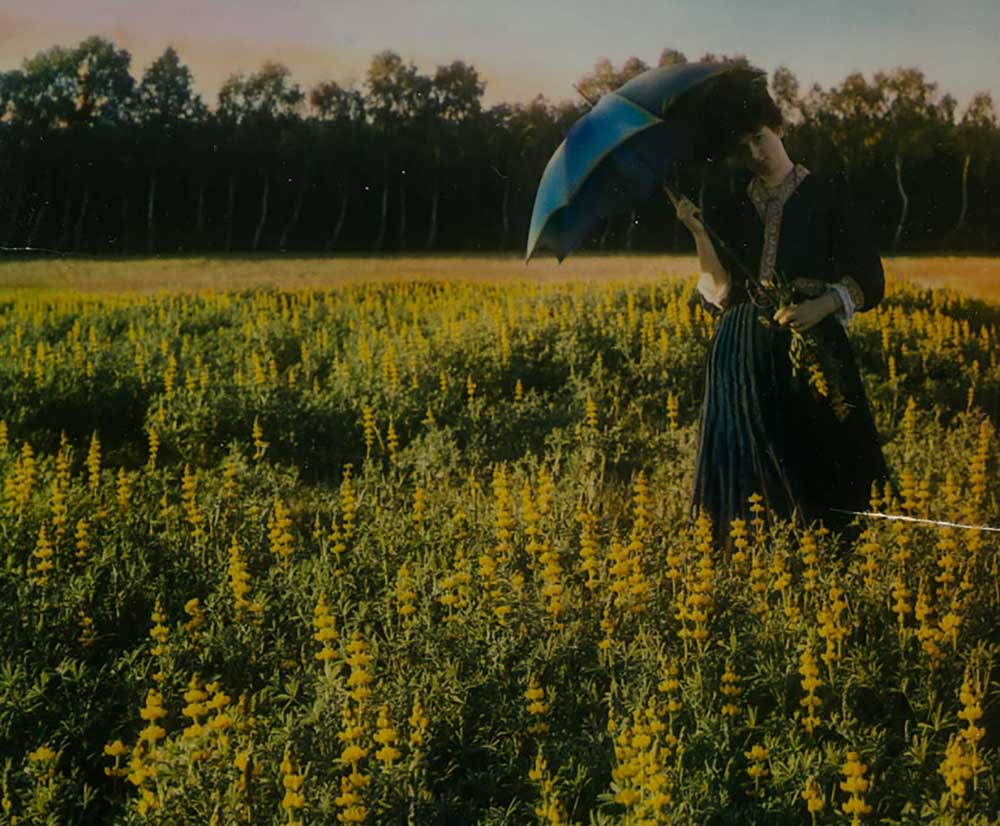 The Pinatype is a dye transfer imbibition process. The colored picture is obtained by superimposing three gelatin films which have been exposed under negatives taken behind color-screens and dyed with corresponding colors.